A user-friendly, very simple agreement in the form of a letter under which a main contractor appoints a subcontractor for certain works.

All the main essentials of a construction contract are present in the 22 paragraphs to which will be attached a schedule setting out the scope of the works.

Please read the Explanatory Notes below for further details.

Short Form of Subcontract in Letter Format was last modified: May 19th, 2017 by ContractStore

You may also find these contracts of use: 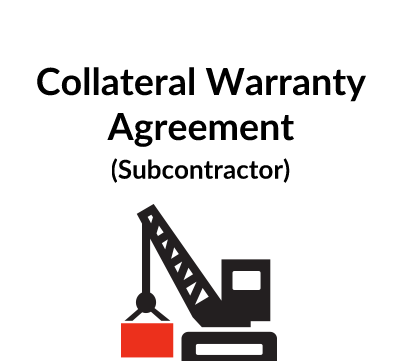 For use where a sub-contractor enters into a direct agreement with a purchaser, tenant or funder of a development. This four page document contains 9 clauses covering definitions warranty deleterious materials copyright indemnity insurance assignment… 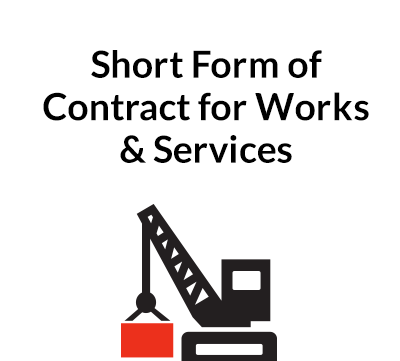 Short Form of Contract for Works & Services (B121)

This Contract for Works and Services is suitable for a company that from time to time wants a contractor to undertake works and services. It is designed for use by a company which wants to… 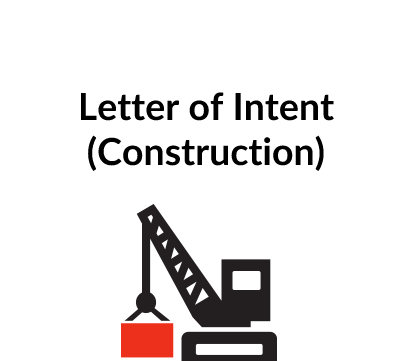 Letter of Intent (Construction) (B124)

This Letter of Intent for construction work enables your contract to get underway before the formal agreement is signed. To avoid doubt, the letter sets out the key contract terms price duration defects liability incorporated…

The subcontract is in the form of a letter, to be sent in duplicate by the Main Contractor to the Subcontractor.  Once the terms are accepted and the Subcontractor signs the duplicate, a binding contract comes into effect.  This approach is just as effective, but with less obvious formality, than a document which is prepared in the more traditional way, with a Form of Agreement, Conditions of Contract etc.

Subcontract Works.  The detailed description of the work to be done by the subcontractor is set out in the Schedule, Part A.  This is likely either to include, or, more likely, have as an attachment, a detailed specification (and drawings).

The clause briefly states the basic requirement that the Subcontractor performs satisfactorily and on time.

Price. The Contract price is shown as a fixed lump sum.  If the elements making up that price are to be included, these can be referred to.  To avoid any doubt there is a specific statement that fluctuations in labour or materials costs do not alter the price.

Duration. Since the start date of the Subcontract work may be dependent on progress of the main contract, the wording of para 3 provides a date range within which the work is expected to start.  This should give the Subcontractor the ability to plan ahead while providing some flexibility for the Main Contractor.

General obligations. The next five paragraphs need little comment: as will be seen, when the Main Contractor is providing facilities and plant, these will be specified in a Schedule (or cross-refer to the Specification).

Payment. Clearly, the precise payment terms will vary from contract to contract.  This clause assumes monthly valuations with payment after 35 days. It is not lawful in the UK for payment under a construction contract to be on a ‘pay when paid’ basis – i.e. the subcontractor gets paid when the main contractor is paid by his client.  There is legislation that sets out a procedure for a final date for each payment and for notice to be given if less than the amount claimed is going to be paid and this procedure is reflected in the wording of our payment clause.  .

There is an optional retention clause.  Retention here is shown at 3% of the value of each certificate.  50% is to be released on practical completion and the balance on issue of the final certificate under the Main Contract.  It is common practice for construction contracts in England to have 3% or 5% of the value of work retained as the contract progresses, but the system is subject to abuse and it is opposed by a number of trade bodies.

Set-off is a common law right, but one which can be subject to abuse.  Certainly unfairness can arise where money owing under another contract is set off against money due to the Subcontractor under this contract.  The wording here is designed to avoid this.  It also requires notice to be given before any set-off is applied as this is now, in effect, a legal requirement for construction contracts in England.

Variations: Para 13 briefly deals with this, the Main Contractor being responsible for assessing a fair price for the variation.  If pre-estimating is required, or some more elaborate method, the wording would need some revision.

Extensions of Time. Again, a short form of wording in para 14, with emphasis on the need for the Subcontractor to give notice promptly and to justify his claim for time extension: delays in submitting claims are a major reason for contract disputes running on long after the Contract is over.  The wording here, and in the next paragraph dealing with Claims is designed to try to avoid this.  If an extension of time under the subcontract would necessitate an extension of time of the Main Contract completion date, it may not be possible for the Main Contractor to obtain this, and this possibility is catered for in the final sentence of paragraph 14.  Similarly if a claim by the subcontractor is passed up to the Employer but only awarded in part, the main contractor will want to share that risk with the subcontractor.

Indemnity. Clearly the Main Contractor will want to be indemnified again breaches of Contract by his Subcontractor and para 16 covers this.

Insurance of the Contract works will usually be the responsibility of the Main Contractor, as is stated in para 17. The Subcontractor may, however, be required to carry his own public/third party liability insurance up to an amount specified.

Disputes are to be referred to an adjudicator – the hope being that adjudication will result in an early decision.  English law contains provisions which give any party to a construction contract the right to refer a dispute arising under the contract to adjudication.  A party can give notice at any time of his intention to refer a dispute to adjudication and the timetable must be designed to secure the adjudicator’s appointment and the referral of the dispute to him within 7 days of the notice, with the adjudicator’s decision within 28 days from referral.  This 28 day period may be extended by 14 days with the consent of the referring party or for any other period by agreement between the parties.  The adjudicator must act impartially and be able to take the initiative in ascertaining the facts and the law.

The adjudicator’s decision will be binding (and must be implemented) until a dispute is finally determined by legal proceedings, arbitration or agreement.  It is not possible to contract out of these provisions and if the Contract is silent on adjudication, there is a statutory scheme – the Scheme for Construction Contracts, which will apply.

Termination follows a fairly standard procedure in para 20. It is particularly important for the Main Contractor to be able to terminate if the Employer terminates his Contract, and this is covered.

The Act contains certain mandatory provisions relating to payment and adjudication as a means of resolving disputes and this contract is compatible with the law. .  The legislation was passed in 1996 and was revised in 2009 but at the date of this note the changes are not yet in effect.  Details can be found in the Free information on our website – document Z146

£30.00 plus VAT
Contracts are available for download from the order confirmation email and in ‘My Account’ after payment.